The Battle for Preference

On Sunday night, a woman that most of us never met, but who we felt like we knew, lost her brave battle with cancer. Over the past months, we’ve watched and we’ve cried, and we’ve wished it was different. It’s not supposed to be like this, is it?

Kara Tippets left this world with her family by her side. She faced her suffering head on, and she welcomed all of us into it. We watched, and we silently wondered how we would respond if her story were our own.

Would we hide, run, leave on our own terms, or would we, too, show the world what it means to die well?

Cancer sucks. There isn’t a nicer way to say it. It is a nasty, unforgiving disease. Cancer doesn’t care if you’re a 68 year old grandfather of eight, thirty-eight year old mother of four, or a twenty-nine year old newly married with the future at your fingertips. Cancer is the great equalizer. It’s ugly, and the suffering that comes from this disease is cruel and devastating. 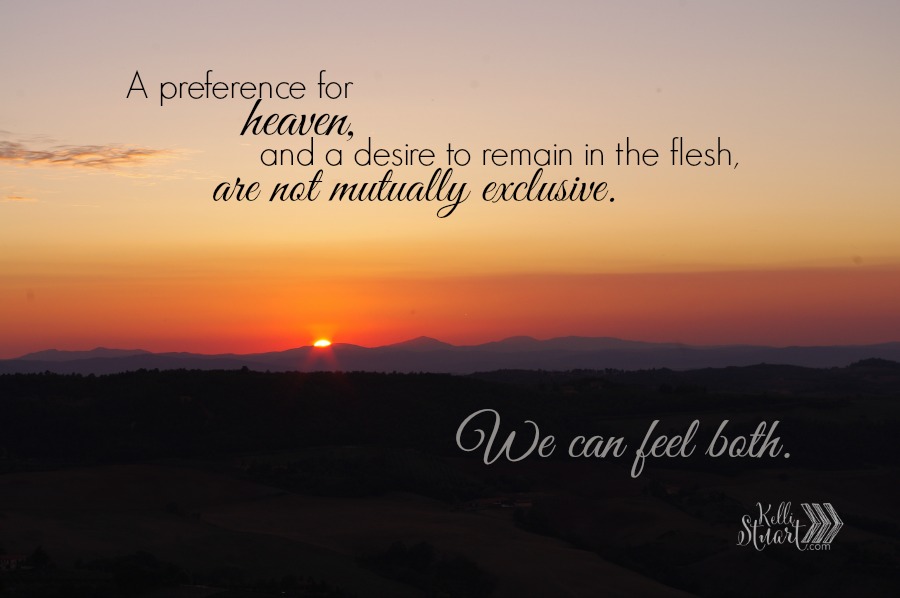 On Sunday morning, before I learned of Kara’s death, I sat in a room at church while my husband taught on the topic of dying well. Our pastor had just eloquently covered the topic, and Lee was asking the follow up questions. When he got to 2 Corinthians 5:8  everything in my flesh screamed out.

“…we are of good courage, I say, and prefer rather to be absent from the body and present with the Lord.”

It was Lee’s statement following the reading of that verse that gave me pause. “Of course, we prefer heaven,” he said, and I shook my head.

“Do I have to?” I asked. I’m known to play devil’s advocate on occasion when he teaches. I can ask the hard questions, because I’m the one sleeping with the teacher. It gives me a little license to push.

The room grew silent, and I wondered if maybe I’d said too much. Maybe I’m wrong. I should prefer heaven, right? I should prefer to be absent from this broken world where pretty young women die and leave loving husbands and young children. I should prefer to be with the ones I love who’ve gone before me. And I do look forward to that. The prospect of heaven brings comfort and excitement.

But right now? In this moment, do I prefer it?

I don’t know. Because what I’ve got is pretty good. Maybe it’s too good. Perhaps this life I live is too comfortable. Maybe the suffering isn’t great enough. Maybe my surroundings are too Western, so easy that they make the prospect of heaven seem like a punishment rather than a reward.

Truthfully, if I had my choice, I’d choose to be raptured. I’d choose to enter heaven’s gates with my family by my side. I’d happily choose heaven over earth if it didn’t mean I had to leave people behind.

But I don’t get to choose.

And neither did Kara Tippetts. A few weeks ago, a short documentary was released in which Kara offered a most poignant statement. “I feel like I’m a little girl at the party whose dad’s asking her to leave early, and I’m throwing a fit. I’m not afraid of dying. I just don’t want to go.”

What Kara understood better than I can understand is that a preference for heaven, and a desire to remain in the flesh, are not mutually exclusive. We can feel both at the same time.

I believe with all of my heart that “to live is Christ and to die is gain.” (Phillipians 1:21) What waits for us is the presence of God Himself – the full Glory of our Savior revealed. It’s better there. I know that it is.

But leaving means heartache for those who remain. Is God sufficient to care for, and minister to, the loved ones left behind? Yes. He is more than able to hold them in their grief, and walk them through their own suffering. But I don’t want my children to face that fire.

Am I the only one? 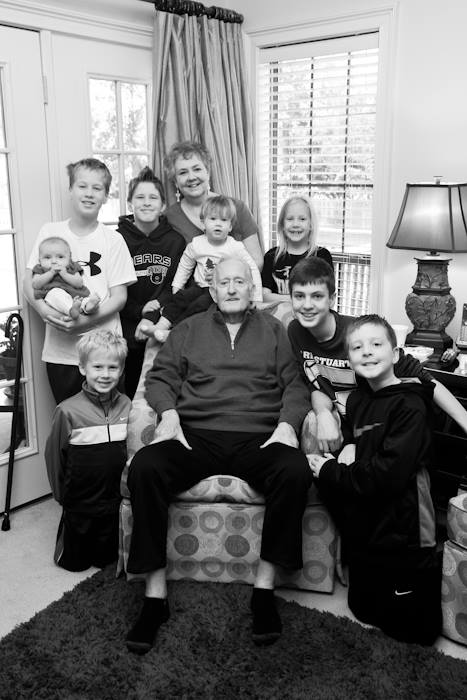 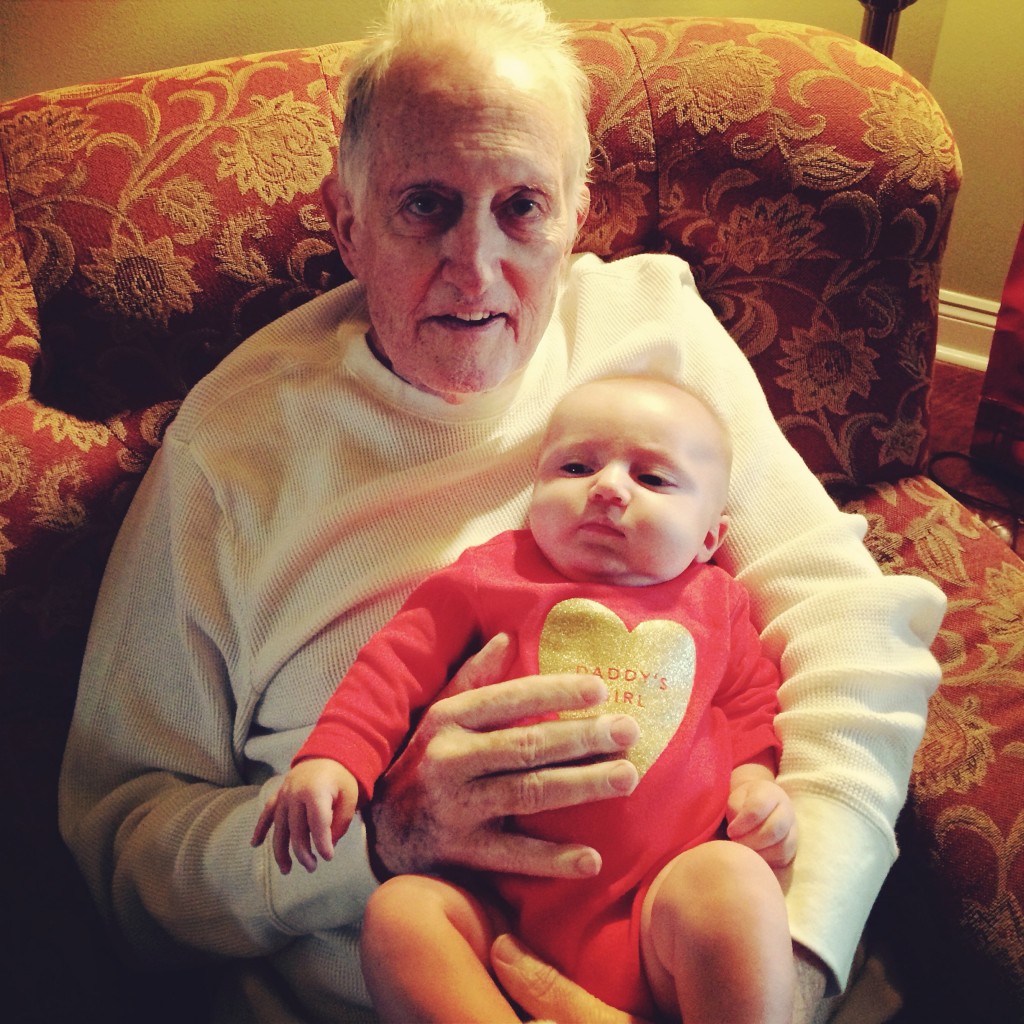