The Day I Killed all the Magic 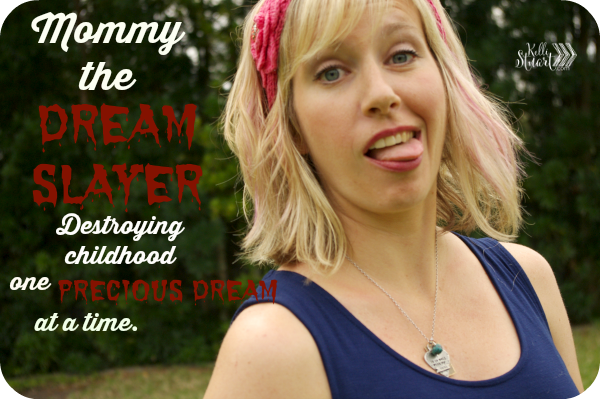 “Well Santa is an interesting thing,” I answered as sweat gathered on my upper lip. “You know the true story of Saint Nicholas that I read to you every year?”

He sits on his bed, face registering utter disbelief. “So you bought all those presents?”

“Well, yes,” I answered. You’re welcome, I thought. I wisely didn’t say that out loud.

There’s no real answer to this, so I stay quiet. This is probably somewhat akin to my vision of the Easter Bunny as a child.

“So,” he continued, still processing. “If I get to play Santa with you, does that mean I get to climb on the roof and slide down the chimney?!” His eyes light up.

“Now,” I continued. “Part of the fun of being Santa is keeping it a secret. You can’t tell anyone else about this because then it’s not as fun, so can you keep this just between us?”

He nods slowly. (I give it a week before the other two kids know about Santa.)

“I just can’t believe you’re Santa,” he says, shaking his head. Then he shrugs, stands up, and asks for some cereal, because when you’re a ten year old boy, food conquers all disbelief.

(PS – I know this can be a hot button topic in some circles, so respectfully I ask that it not become one here. Santa and the Easter Bunny always have very small roles in our holiday celebrations. Kind of like Nutella plays a small role in our every day snacking, but it is not our main source of nutrition…
We spend a lot more time discussing the true meaning of those holidays than we do on the commercial characters of the holidays. I’m not defending my position – I’m just stating the reasons behind why we chose to include those stories in our celebrations. Thanks for understanding.)