On Gluten and Sacrifice and Doing the Hard Work

Lee came to me shortly before Christmas and dropped a bombshell. I didn’t see it coming, and when he shared it with me I didn’t know what to do with the information.

I reeled from the news for a few days before heading into denial. From there, I moved into frustration, and shortly after that I worked my way to acceptance.

He wanted to go gluten free.

After I got over feeling mildly amused by his nutritional conviction, I began to accept his challenge for a new way of life. I could do this gluten free thing. I mean really – how hard could it be?

Not impossible, but really hard. Eating a diet that consists almost solely of unprocessed foods that are free of gluten seems like it should be easy. But let’s not forget that I am not a woman who loves spending time in her kitchen.

Our first hurdle was getting the kids on board and, surprisingly, they’ve rolled with the punches fairly well. Although when I denied one of them McDonald’s the other day, I was met with an emphatic, “YOU’RE JUST GOING TO MAKE ME GO HOME AND EAT STUPID GLUTEN FREE FOOD THAT ISN’T GOOD BECAUSE YOU JUST WANT TO TORTURE ME!” 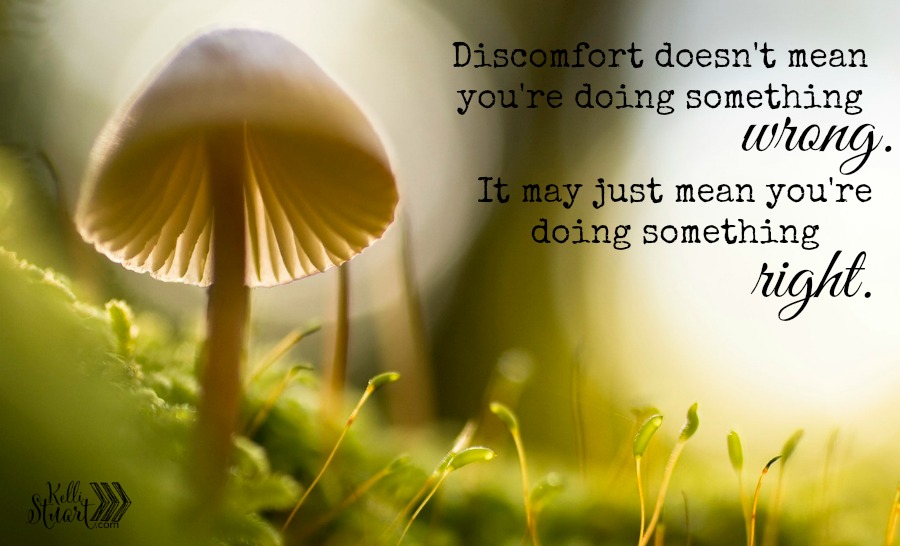 We have no deep health issue that requires this sort of diet, so I’m offering myself a wide berth of freedom. When we go to restaurants, I won’t even consider trying to avoid gluten. I won’t impose these dietary restrictions upon friends and family when we go visit, because I just don’t have to.

But I admit, I am curious. What will happen if I replace our old, processed foods with wholesome, nutritionally sound foods? How will we each respond if I really put in the effort?

I’m calling this an experiment.

This is hard, though. It requires work, organization, and preparation, and I don’t really love any of those things. But aren’t the hard things worth pursuing? Have you ever noticed that the greatest rewards come from the deepest toil?

My husband meets regularly with a friend where they push and challenge one another to dig deeper into life. What does it look like when we’re willing to live a life of sacrifice?

How do the people around us respond when we’re willing to suspend convenience and comfort, and instead give ourselves fully to serving those around us?

Living in sacrificial obedience requires effort and sacrifice. It begs you stand up and work, to think beyond what’s easy and safe. The convenience of tearing open a box of noodles and fake cheese may taste good temporarily, but it really only fills you up temporarily. Are you seeing the metaphor here?

There’s no nutritional value in comfort food. And likewise, there’s no substantial comfort in living life on easy street.

If I’m going to make any kind of impact on my family’s overall health, I’m going to have to put in the effort. I’ll need to plan ahead, and shop wisely. I’ll need to spend time in the kitchen preparing meals, and researching recipes. And I will have to accept that this way of eating is going to be harder, and will take more effort.

I have to say “Yes” to the effort in order to see results.

More than that, though, if our family is going to make any kind of impact on others, we’ll need to put in the hard work. We’ll need to be ready to say “Yes” to the challenge, remembering one important fact:

[Tweet “Just because something is hard doesn’t mean it’s wrong.”]

Serving others will be hard. It will require sacrifice.

Bringing a child into your home who needs the love of a family will never be easy. But that doesn’t make it wrong.

Pouring your funds and resources into loving the least of these will require sacrifice. It will require you saying “No” to things that you want, or even need, so that you can say “Yes” to someone else. And make no mistake – it’s hard.

Giving of yourself in a sacrificial way will always and forever be hard. But that doesn’t make it wrong. Discomfort isn’t a sign of a wrong decision.

It may just be a sign that you’re doing something right.