When matters of faith require action 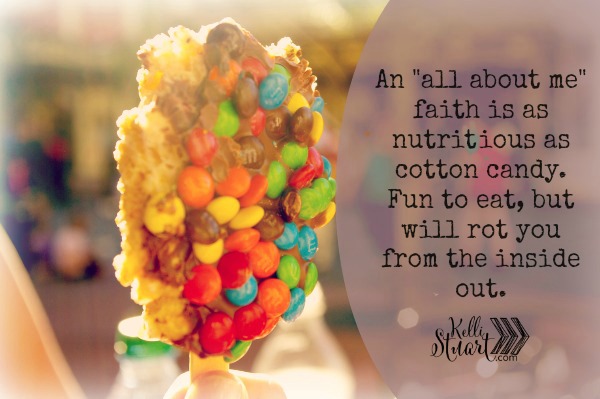 I’ve kept quiet on some of the events that have occupied the attention of our world for the past few weeks. It’s not that I didn’t have anything to say on the matter – it’s simply that I’ve learned over the years I don’t always have to interject an opinion.

There are certain topics, however, that captivate me in such a way that I cannot remain silent. I will not be shamed into discussing anything online unless I feel really led to speak on it, and in this instance I’ve found that I cannot keep quiet.

A video began circulating this week of Victoria Osteen, wife of Pastor Joel Osteen, speaking to her husband’s congregation of 10,000 about why they should “do good.” The first time I watched the 36 second clip, I laughed out loud. It wan’t an amused, “Oh isn’t that funny” sort of laugh. It was more of an incredulous, “Did she really just say that out loud?!” sort of laugh.

I watched the clip a second time, and I could not keep my jaw from dropping. From the platform of her pulpit, she may have made one of the boldest, most heretical claims of faith I’ve ever heard, and I could not wrap my mind around such thinking.

In the past nearly seven years since I’ve begun blogging, I’ve tamed a lot in my approach to what I see and read online. I realize more now than I did when I began that words and meanings can be taken out of context, and that the internet, while teeming with good things, can also be insidious and wretched, and wildly unforgiving.

So although my first reaction to her video was to feel true indignation at her horrific message, I quickly stopped, and I reminded myself that sometimes I say stupid things, too. Sometimes I mean to say one thing, and something entirely different comes out of my mouth. So I opened up a new window, and I did a little search to see if maybe my assessment of what she just preached was misunderstood.

I’ve long had a weary opinion of the Osteens. I do not believe in the idea of the prosperity gospel in any way, shape or form. I do not think that God is at all concerned with my happiness, or with my every day being a Friday. There is zero evidence in scripture to support such claims, and so I’ve always taken Joel Osteen quotes with a grain of salt. They are feel good fluff – kind of like cotton candy. Fun to eat, but will rot you from the inside out if you consider it nutritious.

I decided to look up a few more videos of Joel and Victoria Osteen speaking, and I read excerpts of their books available online. After doing that research, I feel much more confident in my assessment of that now infamous Victoria Osteen clip.

It is, indeed, blasphemy, and I do think that the Osteens believe that message with all of their hearts.

Dear Church of God, I come to you begging that you use discernment in such matters of faith. We cannot give ourselves over to this belief that God is  pleased only when we are happy. We cannot for a second accept the notion that we do good, “not for God, but for ourselves.” To believe that it’s about us is not worship – it is destructive, self-serving and the very worst of a Western faith system.

Last year was a pivotal year in my walk of faith. For most of 2013, I fought hard against depression. I was angry and confused, and I clung to my God not because He made me happy, because most of my anger was actually directed at Him. No – I clung to Him because I needed to know that He was real. I needed to know that even in the darkest moments, He was who He said He was.

He did not fail my meager test of faith. Indeed, He has proven Himself faithful not because of me, but in spite of me.

The notion that God is glorified when we are happy is a slap in the face of His true nature and character, and I pray that all of us would have eyes to see, and ears to hear, the false teachings of our time. Do not be deceived, fellow believers, by these fluffy, sugary words. They do not hold weight in a world that is crying out.

They hold no weight for the Christians in Iraq being systematically targeted and slaughtered.

They hold no weight for the children of Israel and Gaza.

They hold no weight for the orphans in Russia, or the poverty stricken villages in Africa.

They hold no weight for the single mom fighting to put food on the table.

They hold no weight for the grieving parents who stand at the fresh mound of dirt that covers the body of a beloved child.

God is for you for no other reason than because of His never ceasing goodness and love. Not because of your deeds, your “goodness,” your happiness, or your false beliefs in yourself. The God of the Universe longs to have all of you so that He may be glorified through you, in both the good times and the bad.