My brain is always going. Every moment of the day is spent watching and imagining. I see strangers on the street, and I immediately imagine their background. Characters come to life in the personalities that pass me on the sidewalk.

Observation is both the blessing and the curse placed squarely upon the writer’s shoulders. 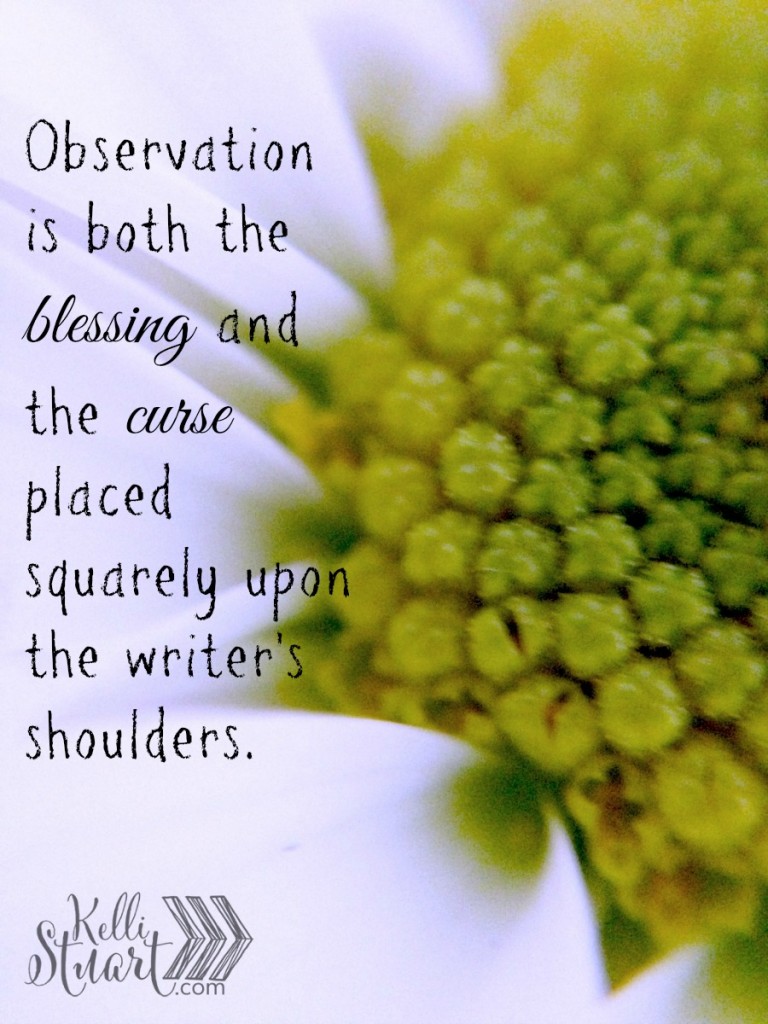 We don’t just see the flower, we see the petals – and they dance.

We don’t just see the person, we see the way her hair floats in the breeze, or the wisdom in the lines that fan out from the corners of his eyes.

We hear the song of the birds, and the magic in a laugh that cuts through the air like the like a happy melody.

And when we stop to think about God Himself – well, the image cannot possibly be written in bulleted form. It’s a poem, because God isn’t abstract in the mind of a writer. He is the vibrant orange of the sunset. He’s the rumble of thunder, and the gentle whisper in a breeze. He’s the highest peak, and the lowest valley. He is the soft whir of a hummingbird’s wings, and he is the power behind a lion’s roar.

He is all the color and all the music, and He’s hidden in the laughter of the smallest of babies.

This is what it’s like inside the mind of a writer.

It can, at times, be utterly exhausting.

I am currently enjoying a week away with my family, and the people watching is superb. How anyone makes it through this life without observing the personalities around them is beyond me. 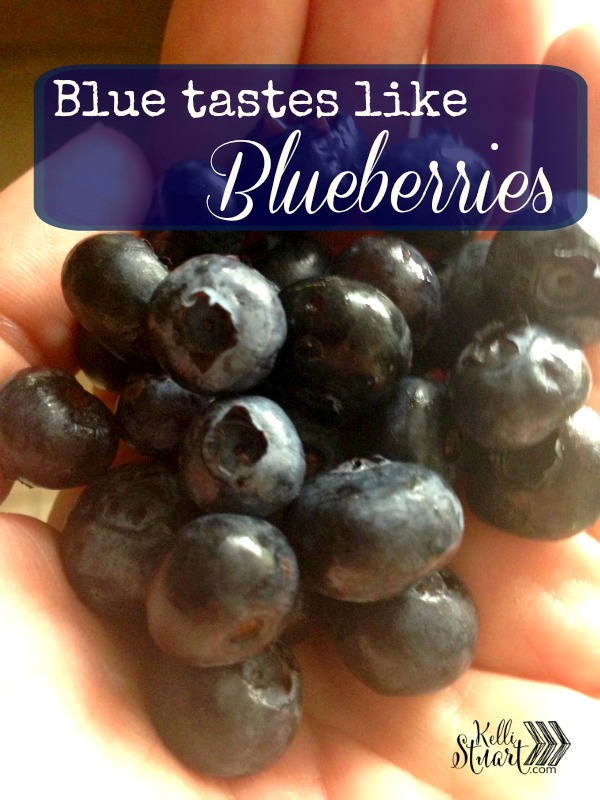 I pulled out the manila folder, frayed around the edges. A 4th grade boy cannot be expected to use a paper folder for an entire year and keep it fresh, after all.

Stuffed full, I opened it up and picked up the first piece of paper lying on top. The title:

The first three lines of his descriptive poem gave me chills. They were so simple, written from the perspective of a boy who’d been told to describe the color blue to someone who was blind.

Blue is the color of the water in the ocean.

Blue is the color of the sky high above your head.

The descriptions were rich, and I haven’t been able to eat a blueberry since I read his words without thinking that they taste like the color blue.

Like any mother, I am my children’s biggest cheerleader. I see their potential faster and more vibrantly than any other person. I know exactly how they’re bent, where they are strong, and where they are weak.

I can also be their biggest critic. I see wasted potential, and I feel as though I must draw it out of them or risk some sort of unspoken failure. I see their natural sin patterns, and I cringe when they rear their ugly heads in public.

Sometimes, though, these children of mine surprise me entirely. I knew my oldest to be creative and imaginative, but he tends to stifle it, especially as he gets older, and I forgot.

I forgot that he has a knack for words. I don’t know how I forgot, because he uses a lot of words day in and day out.

Some skills are so obvious. Athletic ability is a skill that doesn’t hide. An athletic child spends his days in pursuit of his passion. I have two athletic children. I know exactly where they stand in their abilities because one is constantly upside down, or flipping off of jungle gyms, while the other goes nowhere without a ball in his hand.

But the creative child? They can be harder to pin down. Some creative children are easy to spot. They spend their days in make believe, costumes the uniform that gets them from sun up to sun down. Other creative children, however, tend to let their creativity bubble beneath the surface. But it’s there. You just might have to prompt it out of them.

Describe the color blue to someone who has never seen it.

The brilliance in that simple line is all one needs to draw a visual. Sweet, refreshing, blue.

Are you a writer looking for inspiration? Watch your children. Soak in their natural creativity. Ask them to describe the color blue and see what they come up with.

It just might inspire a little creativity of your own.

In any case, you may find yourself with a craving for blueberries and a new found admiration for your child’s imagination.