The Romance in Spontaneity

My mom was was a missionary’s kid of the 1960’s. Her father a pioneer missionary to the West Indies, she spent a significant portion of her childhood in the Turks and Caicos Islands, and the Bahamas. Sounds romantic, right?

They didn’t have running water, and they lived on SPAM. To this day, my mom can’t look at a can of that stuff without gagging. It was hot and dusty, and the kids were constantly sick.

My grandparents finally came to a point where they knew their older children needed better schooling, so they made the decision to send them back to the States to boarding school. My mom and her uncle were ten and twelve at the time, and as summer drew to a close, the departure date closed in on them.

The problem was they didn’t know exactly when they would depart.

They kept their packed suitcases at the ready next to the door, and each day my granddad kept an eye out for landing planes. If someone happened to arrive on the dusty landing strip in South Caicos, where they lived, Poppy Jim would ask them where they were headed next.

If the answer was Miami, he asked if they had room for two children.

And so it was that my mom and her brother returned to the States each year at summer’s end – in the back of a stranger’s small plane, flying over crystal blue waters with the promise that they’d get word to their parents when they’d safely arrived.

My dad grew up in the hills of Kentucky and Tennessee. The son of a hard working father, my dad started working at age 14. He met my mom at 18, and married her when he was only 19, then worked full time and put himself through college.

So it’s not a surprise that my parents, both of whom lived quite independently at young ages, have raised a daughter who craves independence, and thrives on a bit of adventure. And though I baffle my husband at times, I’ve been blessed to marry a man who recognizes my need to explore, and gives me the freedom to do so. 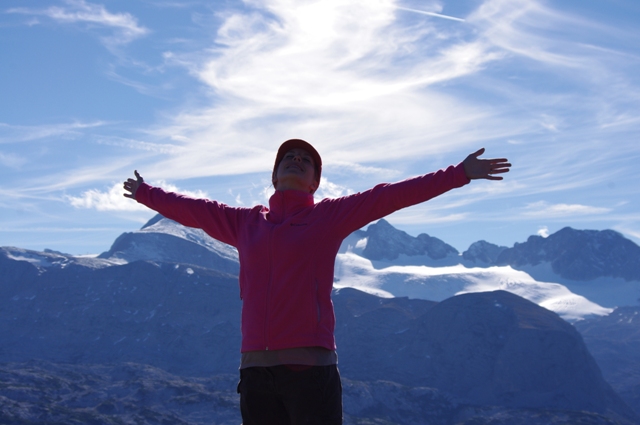 I sometimes feel like I need travel almost as much as I need oxygen. If I go too long without some sort of adventure, I get antsy and start talking nonsense about maybe redecorating the house all by myself, or training to run a marathon, or some other ridiculous proposition that runs completely contrary to my nature.

This is when Lee knows it’s time to get me out of the house.

Last week, Lee came home and said that he heard he needed to travel to Germany for work. After I got my heart rate to slow down a little and my palms quit sweating, I asked if the kids and I could go with him. My parents are living in Munich right now, so it seemed the perfect time to take a new adventure across the ocean. And my sweet husband, who is generally NOT known for his spontaneity, SAID YES.

Thus began three days of intense research. Could we do this? Could we pull this off? Could I manage to get Annika an expedited passport, secure decent flights, and plan a trip for six people to Germany in only 17 days?

The answer is, yes I could. But it wasn’t going to be smart.

We would have only had a week in Germany, and with Lee working most of that time, it would have been just me and the kids with my parents. My young, jet lagged kids. It sounded equal parts SO FUN and a total nightmare. And also? Lee would have missed the kids experiencing Europe for the first time, and where’s the fun in that?!

So I blinked back tears and decided that this just wasn’t the time for us to join him.

Then my mom called.

“Hey. I found a really cheap ticket from Munich to Tampa, and I could really use a couple of weeks at home. Why don’t you come to Germany with Lee and I’ll stay with the kids.”

Two weeks from today, I will land in Germany. Lee and I will fly to different parts of the country so he can work and I can spend some time with dad. But Lee will join dad and I in Munich on the weekend, and we’ll enjoy several days of exploring together.

I’m so grateful for a husband who recognizes my need for exploration and adventure. I’m so thankful for a mom who loves her grandchildren so much she’d fly thousands of miles so she could stay with them and give me a special time away. I’m so thrilled I get to experience Munich with my dad.

There is something romantic and exciting about living life spontaneously. Obviously, when you have children a certain amount of predictability and schedule is necessary to function. But if someone came along and offered us a job that allowed us to travel the world with our kids in tow, I’m not sure that we would turn it down.

Until that happens, though, I’ll simply jump at every opportunity I get to see the world.