I was twenty-five years old, a brand new mom, and I rolled slowly to a stop in front of her house. I picked up my weeks old baby boy and walked to the front door, loaded down with an overstuffed diaper bag, several blankets, and a deep need for someone to tell me I would survive.

When Laura opened the door, she whisked the baby from my arms and bounced up and down with him while I set up the pack and play in a nearby bedroom. Once he was settled and sleeping peacefully, little bum up in the air, she and I sat on the couch, and we just talked.

Her kids were all off at school, and for the first time since she’d become a mom herself, she had extended periods of time alone. Her youngest had just begun first grade, and now all three were in school full days. She and I were both in transition.

For the next eight years, Laura and her husband, Tom, would pour faithfully into Lee and I. They, and another couple at our church who also had children one step ahead of ours, were instrumental in our understanding of what it looks like to raise children in a Christ-centered home.

In fact, outside of our own parents, the greatest impact on our lives since we’ve been married has come from the Hughes and Krosley families. 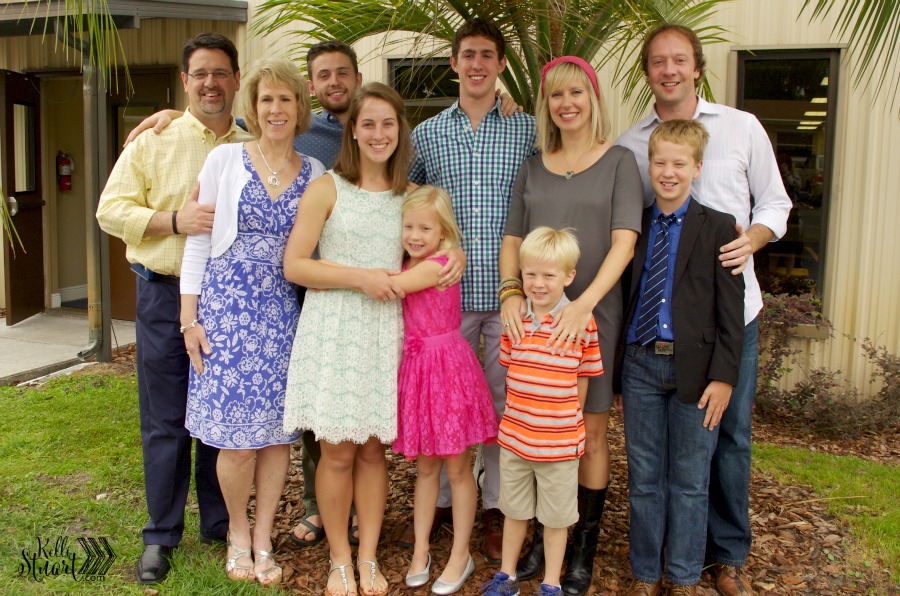 Last night, Lee and I and the kids sat in front of the TV and watched, sometimes with tears in our eyes, as Tom and Laura’s youngest son, the little boy who had just started first grade on that day so long ago, stood up on a stage and received the Wendy’s Heisman award.

We were as proud as we possibly could have been.

Not just of Zach, though of course we’re proud of him. He’s grown from a squirrelly little boy into a young man who looks out for the needs of others, and who is one of the hardest working kids we’ve ever known.

But we were also so proud of Tom and Laura. They’ve raised three amazing kids – kids who aren’t just talented, though every single one of them are just that – but they’re also kind, loving, giving, humble, smart, and hard working.

I can boast the same things of Kevin and Pam Krosley, the other couple to mentor us through the early stages of parenting. Their (five!) kids are growing into amazing, talented, godly young people who look out for the needs of others. They’re raising world changers, and I couldn’t be more grateful for the impact these families had in our lives at such an early stage.

Even after we moved away, the Krosleys and the Hughes have continued to invest in us through phone calls, visits, and encouragement. They are still two of the couples we look to for advice, and though we’re watching from farther away, we continue to observe how they raise their kids.

Our children are now the same ages that the Hughes and Krosley kids were when we first met them. We’re in the trenches, and some days I’m certain that I’m failing miserably. Other days I take, perhaps, a little too much pride in my children’s outward talents, forgetting that the character of the heart matters above all else.

But we constantly come back to the lessons we learned from the Hughes and the Krosleys. We learned from them the value of focusing on who God has created each one of these children to be, beyond their gifts and abilities. We’ve learned to focus on the fruits that we see developing in our kids: the compassion, and mercy, love for others, and hearts for service.

Were it not for these two families who invested in Lee and I as parents, I’m not sure where we would be. I think back to the days when those dear friends were in the same trench that we now find ourselves, and I remember that it wasn’t always easy or pretty.

They fought for their kids, they prayed over them, and they dug their heels into the process, all the while letting us see what it takes to raise our own world changers. Transparency goes a long way in mentorship, and we hope to pass that torch along to others who may be a step behind us in child rearing.

And so this is my public thank you to the couples who have shaped and molded us, who have loved our kids and let us be a part of their journey. We’re proud to be called your friends.

And Zach Hughes, we are SO proud of you!