On Katniss and Tris and Real Life Role Models

I steal glances at her every now and then. I have to stare when she’s not looking, when her guard is down completely and I can take in the whole of who she is – who she’s becoming.

She still has all the evidences of childhood, but they’re fading, and fast. Her face is lengthening, and the roundness has all but faded. Freckles dot her nose and cheeks thanks to the Florida sunshine, and her white blonde hair gives off the sunshiny aura of youth. It hasn’t faded yet, and I pray on occasion that it never does.

I also firmly advise her at every opportunity to never touch her hair with a box of dye.

It’s her expressions that get me. The thoughtfulness in her eyes when she stares off into space. The twinkle that glimmers when she gets tickled. The determination that crosses her face when she’s made up her mind to do something. These are the things that take me by surprise, reminding me that she’s growing up.

She’s still little enough that I’m cool, and I’ll hold on to that for as long as I can. But she’s also beginning to look outside her direct sphere of influence, and she’s observing how the world behaves. She’s looking for role models…and so am I.

I’m looking for the ones who will step before her and offer up an example of womanhood. Because I know there will be a need for those women to fill in the gaps where I am lacking until she’s old enough to, hopefully, appreciate me again. And it’s true that I want strong women to fill those gaps. 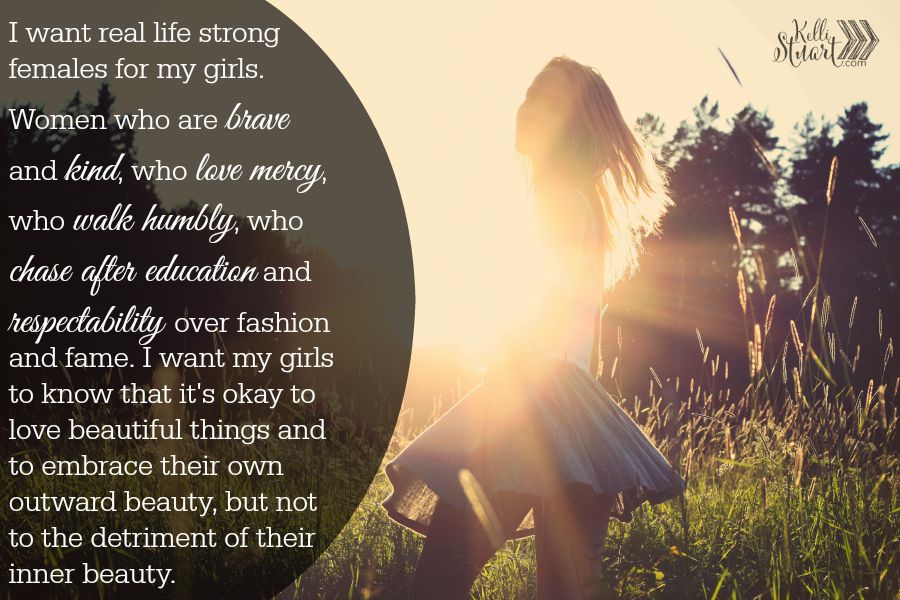 As a fiction writer, it’s part of my job to see the trends of the marketplace, and to fall in line with those trends. And right now, the trend is strong female leads.

We’re thirsty for evidence of strength. We want to see strong leadership, and the success of the underdog. It’s why Katniss Everdeen and Tris Prior find their footing in today’s culture. Because we want to see the female lead kick some butt. And as the mother of two daughters, I get it. I do.

I want my girls to have strong female role models, both fictional and real life. I’d rather Tia sit and watch girls rock it on American Ninja Warrior than another princess movie where a damsel in distress has to be rescued by her knight in shining armor.

I’m also the mother of two boys, and I’m increasingly annoyed by the messages that society sends to our young men. Watch the Disney channel for any length of time, and you’ll see that the strong female lead has come at the detriment of the man. Most of the dads on any of today’s sitcoms are bumbling idiots. The brothers are incompetent nerds. And mom and sister save the day again.

It’s for this reason that I don’t give my kids lengthy amounts of time to spend engrossed in pop culture. As much as I love Katniss Everdeen and her butt-kicking skill with a bow and arrow, I don’t want cultural trends setting the example for my kids. And I don’t want my girls thinking that strength comes by beating the boys, nor do I want my boys to believe that they’re second fiddle to the smarter, more skilled girls. 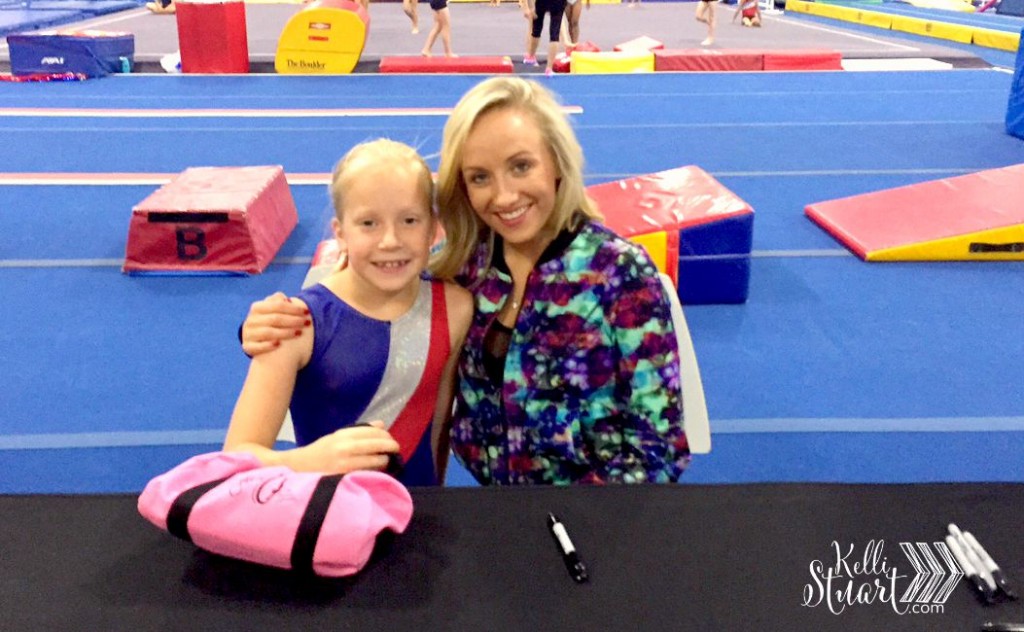 Tia met one of the people she looks up to this week, and this is exactly the type of role model I want for my daughter.

I want real life role models. I want real people that my kids can look to and emulate. Men who are standing up for their families, who are strong leaders and decision makers. Men who respect women, who give freely, and who take their role as provider seriously.

Those are the men I want my boys to look up to.

And I want real life strong females for my girls. Women who are brave and kind, who love mercy, who walk humbly, who chase after education and respectability over fashion and fame. I want my girls to know that it’s okay to love beautiful things and to embrace their own outward beauty, but not to the detriment of their inner beauty.

Where do we find these role models?

We become them. We become these people to our own children, and to the youth that surround us. We befriend these types of people, and expose our children to true leadership.

And when we see healthy role models weaving their way into the culture that surrounds us, we point them out and we tell our kids why they should admire those people.

Strength of character won’t be found in a fictional superhero type. It will be found in the every day man and the every day woman who walk in ordinary extraordinary ways. These are the role models we’re looking for.

These are the role models we want our children to someday become.