On Facebook, Children, and that Pesky Quest for Fame 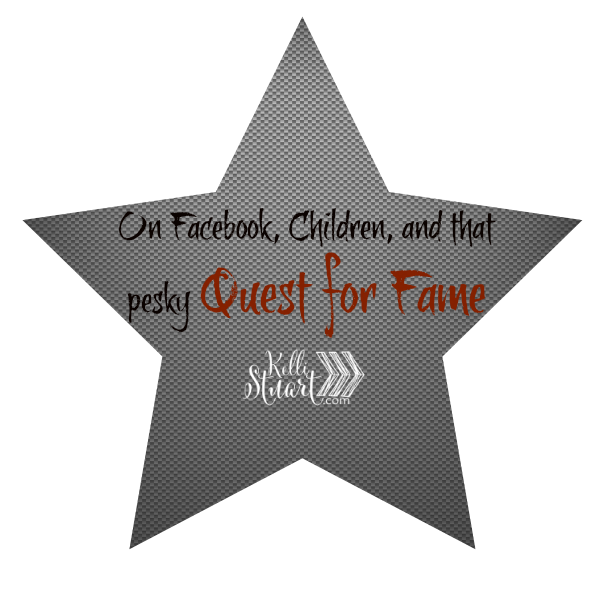 Last Sunday, our oldest conquered a fear. He stood up on a stage with his guitar in hand, and he sang into a microphone. His voice was pure, if a little shaky. He was obviously nervous as he never cracked a smile in the three minutes he stood in front, but he did it. He sang his first solo.

I couldn’t have been more proud if I tried.

After he finished singing his song (a song that he wrote himself), he received a lot of praise, and he deserved the praise. He did a great job! Of course, as any good parents would do, we captured the momentous occasion on video…from two different angles. Later that day, I posted a photo of my handsome boy on stage on Facebook, and I shared our joy in his bravery. Naturally, friends and family wanted to see video.

I asked Sloan if he would mind me sharing the video with a few people. He immediately agreed, and I went about downloading the video, but deep in my heart, I had a nagging feeling that this was not a video that needed to be shared with the online world. I tried to ignore the feeling, because the proud Mama in me wanted everyone to see my boy’s amazing accomplishment.

But I just couldn’t shake the feeling that this video needed to remain more private, shared only with grandparents and a couple of close friends who’ve known Sloan since he was a baby.

Our kids are growing up in the social media age. More than any other generation before them, these children have to navigate the constant pressure and need for attention. With reality shows, the Disney Channel, and the internet all pulling for their attention, today’s children are under a constant quest for fame.

They’re told that fame is right there within grasp. All they have to do is put themselves out there…all the time…and they could be the next internet sensation.

I don’t want this for my children. I don’t want fame for them, because I don’t think we were designed for fame. Certainly children in their formative years do not need to be worried about garnering more attention for themselves.

It’s no secret that I enjoy the perks that social media has to offer. I love Facebook and blogs, Instagram and Twitter. I love the connection these tools offer with people around the world. I love the good that is coming from these social sharing sites. 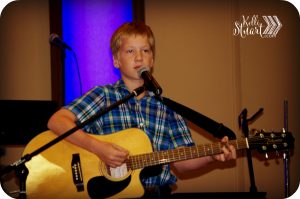 But I was 30 years old before I ever had a Facebook account. I navigated my teenage and college years in relative obscurity, and thank heavens for it because I can only imagine the number of ridiculous images I could have posted of myself as a youth.

I don’t want my children to live their lives according to the number of “Likes” they get on a post. I don’t want them beholden to statistics, and I don’t want them to measure their gifts and talents by the amount of praise they receive online. Even I have to monitor my heart, and my reasons behind posting online. I’ve pulled back a lot in the last few years, mostly because I knew we were approaching the age when the kids would take notice.

I don’t want my boys to think that every major accomplishment can only be celebrated if they receive cyber high fives from a bunch of strangers and acquaintances.

I don’t want my daughter to post duck face selfies online every time she feels cute, then measure her physical appearance by the attention she did, or did not, receive.

So I chose not to post the video, for no other reason than I wanted Sloan to know that his accomplishment was momentous because he chose to offer a gift up to the Lord for His glory, not because his musical accomplishment would give him five minutes of internet fame.

Navigating the online world of social media is difficult enough as an adult. It will still be some time before my children are allowed to tiptoe into these waters. My job as a mother in the internet age is to prepare my children not only to face the world around them, but also the world behind the screen.

This is serious work, indeed.

How do you as parents handle the world of social media with your children? This question is aimed particularly at you parents who are a step ahead of me in this process. How are you helping your child navigate these waters of the online world? I’m open to tips and encouragement!