As a 20 year old college student living alone in Kiev, Ukraine, I had my fair share of alone time to explore. I loved every second of that independence, though I fear that I gave the Ukrainian couple I was living with a heart attack or five during that semester abroad.

I never said “no” to an opportunity for adventure during that time in my life. I was 20, after all. I was invincible. It never occurred to me that I might be foolish in my free movements from one part of the city to another. On occasion, I was even known to hop a train for a different part of the country, just because someone asked.

Looking back on that time of life life, I shake my head in wonder at my bravery, my naiveté, my seize the day mentality. Where did that come from? And where did that girl go?! 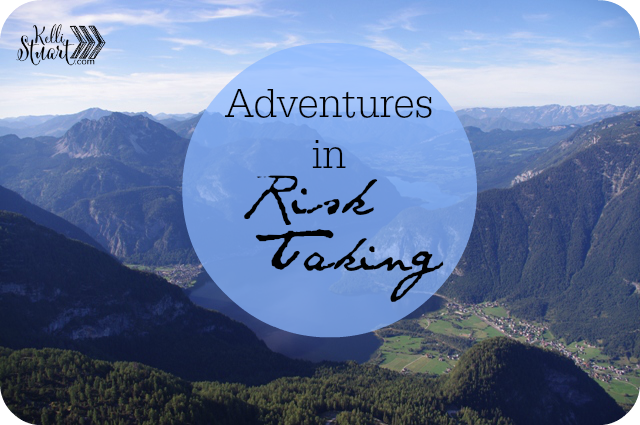 It’s grace that I didn’t find myself hurt or worse when I got lost in a back alley section of Prague after dark…alone.

It’s grace that I didn’t get radiation poisoning when I hopped on a train to visit one of the still functioning towns near the abandoned Chernobyl district.

It’s grace that I always managed to find myself with nice, amiable cab drivers when I hailed a ride home after dark because I’d gotten lost wandering the streets of Kiev…again.

At the time, I thought nothing of any of those experiences. It never dawned on me that those were dangerous situations. In fact, after the adventure to Czech Republic, I found a local cafe and emailed my parents, regaling them with my hilarious tales of fighting off the German, being chased by a man trying to sell me hash, and being groped by a drunk man in the dark alley.

“I’m having such an adventure!” I wrote – as if this were just another day at the local park. I still have the email with my mom’s response. It goes like this:

THERE ARE SOME EXPERIENCES THAT ARE BETTER LEFT UNTOLD UNTIL YOU ARE SAFE BACK HOME ON AMERICAN SOIL. CALL US.

I laugh, now, at that balls-to-the-walls version of myself. She was a trip. I kind of miss her, and yet I’m not sure I would ever take those risks again, even if given the opportunity.

And if I hadn’t done that, I never would have seen the city of Prague from such an interesting, unique and romantic vantage point.

Sometimes risks are worth it in the long run.

My first born and I discuss college a lot these days. He’s only ten, but he’s got so many questions. He wants to know what it’s going to be like, where he should go, what he should study, if it’s scary.

All I tell him is that I want him to work hard, to trust in his ability to decide where to attend college, to never be afraid to ask his dad’s advice, and to never shy away from something that feels risky.

I pray they will be wiser than I was, and that they’ll have grace and protection when they make foolish choices.

There’s still a bit of that risky girl buried inside me – the girl who loves the thrill of adventure, and the independence that comes with exploring new territory. She escapes in the memories, in my dreams, and in the secret hopes that I have for my children. She’s raising a new generation of risk takers.

Are you an adventure seeker? How do you balance the desire to explore with the need to be responsible?