This week, two friends offered me a bit of grace, a little encouragement, and just the kind of nudge I needed to push myself out of my creative funk. How did they do this?

Through a simple text, and a ten minute phone call.

There is no way to really stress the importance of having a few people who “get” you. You need people who will come alongside when you’re feeling discouraged, when you want to give up, when you just feel like it’s never going to happen, and who will remind you why you keep pursuing your dreams.

Tribes are how we live our lives. We are constantly banding together with other people to discuss ideas and share information.

Let’s ditch the jargon and just speak in plain English for a second. A tribe isn’t a fan club or mega, super platform; it’s just a group of people who care about something. And we all belong to a few of those, don’t we?” 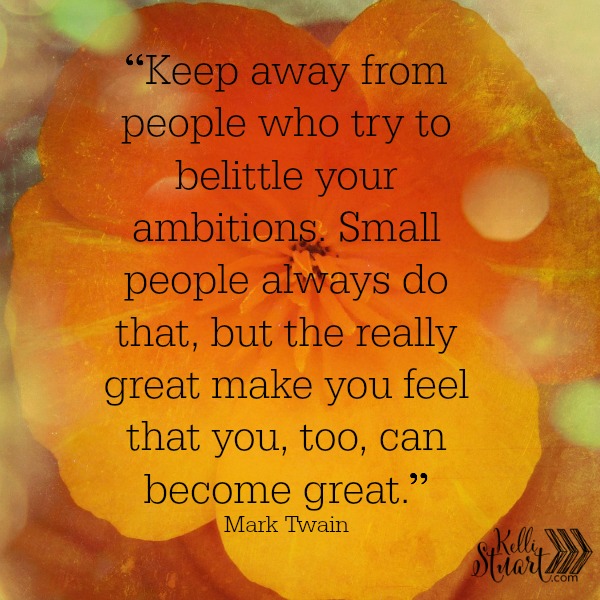 The benefit to having a tribe, a group of people who will surround you in pursuit of making one another better, is that you’re never really alone. But you must be transparent and let people in. You have to share your dreams, to be open about the things that inspire you toward passionate living, in order for people to walk alongside and help you navigate the path.

For a long time, I was embarrassed to admit that I was writing a novel. I shared the information only with people I knew intimately. My reasons for doing this were not noble or humble. They were riddled in fear.

I was afraid that if I failed, if I never finished the book, or it ended up being terrible, that I would never be able to survive the humiliation. So I shied away from discussing my writing.

I quickly realized, however, that a secret passion is terribly difficult to chase down. Without the benefit of having encouragers by my side, I had no real motivation to press forward with the project. I could see it beginning to die.

So I told a few people, then a few more. Then I shared a few snippets of the book with my readers, and an amazing thing happened.

My confidence grew exponentially, as did the people who were cheering me on. This gave me the momentum I needed to push forward until I could finally type the words, The End.

I couldn’t have done it without my tribe of people cheering me on. And now? Now I’m in the throes of seeking publication. It is a discouraging process, filled with rejection, all of which can leave a writer feeling less than confident.

Just when I began to wonder if maybe I’d made a terrible mistake in trying to publish this story – maybe it wasn’t written as well as I hoped – I received a text from a friend encouraging me not to give up, and offering a prayer for the days when I feel overcome with doubt.

Two days later, a conversation with a mentor and friend who believes in me, and who has been a champion of encouragement to me throughout this writing process, told me he believed in me, and he believed in my book. His gracious words melted the fears and doubts that had crept in over the last few weeks.

Do you see the importance of surrounding yourself with encouragers?

If you have a dream, a goal that you’re working toward, have you shared that? Have you entrusted your pursuit with someone (or multiple someones) who will spur you on toward the accomplishment of that dream? If not, can I ask why?

Don’t be afraid of your dreams, and certainly don’t keep them to yourself, even if they seem lofty, impossible, or ambitious. With the power of a team (a tribe) backing you up, you will find that in the moments you want to give up completely, someone will be there to dust you off, turn you around, and keep pushing you forward.

All the way to The End.