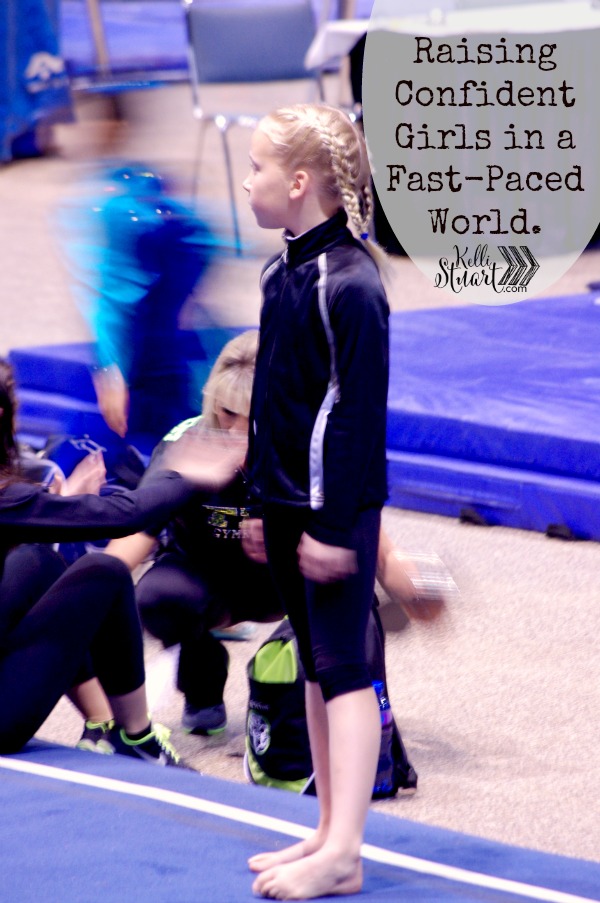 She marched out onto the floor and stood at attention, and I was in awe.

I don’t know why my daughter’s confidence still shocks me, but it does every time. When she steps onto the mat, she is so sure of herself. Though she’s nervous, and she doesn’t always execute every move perfectly, she possesses a confidence in her abilities that seems so beyond her eight years.

A large part of her determined attitude is simply what she was programmed with at birth. From the day she arrived, she has been strong willed, stubborn, and brave. As a toddler, just barely able to walk, I’d find her in all manner of places and positions.

I’d walk into the kitchen and find her on top of the counter, no chair in sight, and she’d smile like, “Look at this awesome thing I did.”

I’d look out the kitchen window and see her sitting on top of the basketball goal…nine feet in the air…over asphalt…and she’d stare at me like, “Yeah? What of it?”

This is who she is, this daughter of mine. She’s gifted and brave. But she’s also a little girl, and so vulnerable to being swept up in the tide of a world that waits to tell her she isn’t good enough – that she should be better, prettier, faster, stronger, and smarter if she wants to be noticed.

Raising confident girls requires so much more than simply telling them to “Reach for the stars.” We should tread carefully when we tell our daughters that they can do anything they want with a little hard work and perseverance.

Too much of that message and we’re bound to set them up for some disappointment.

I want my girls to walk confidently toward their passions and to work diligently within their skill sets. I want them to step on the mats of life and not think about the chatter around them, because there will be chatter. In a world that is constantly moving, constantly changing, always telling them they aren’t enough, I long for them to know that their worth is far more valuable than what they see in the mirror.

My goal is not to raise girls who think they can do whatever they set their mind to. It would be unfair to set them up for that kind of failure.

Instead, I want my girls to know that they can accomplish whatever it is the Lord has purposed for them to do.

I want them to walk confidently in the path that the Lord lays before them, and to embrace each challenge as a gift. And more than anything, I want them to chase after God. I want them to pursue Him, and as they do so if it leads them to a high powered position in the corporate world, then that’s wonderful. 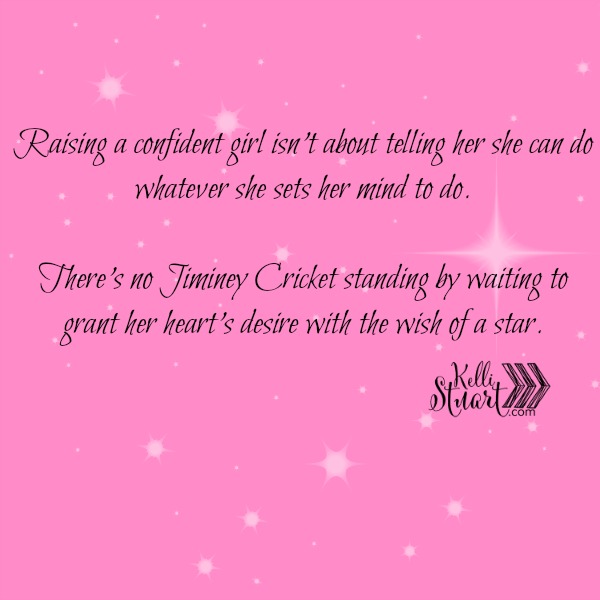 My message to my girls will always be, “Seek the Lord above all things.” Beyond that, I will point them in the direction of their natural bent and pray that the Lord grant them the success that He has purposed for them. Raising a confident girl isn’t about telling her she can do whatever she sets her mind to do. There’s no Jiminey Cricket standing by waiting to grant her heart’s desire with the wish of a star.

This is my prayer, and as I pray, I will forever be on the sidelines cheering them on, marveling at their talents, and praising God that I get to be their mom.