If you’re just joining this conversation, you may want to read Part I first, then move to Part II for a little context as to how we got to this conclusion.

I stood at the edge of the sidewalk and held my camera to my eye. Through the lens, I adjusted the settings and the focus until I had framed the shot exactly as I wanted, then I pushed the button and in a second I captured a moment in time. It wasn’t perfect, because I am, sadly, not a stellar photographer. But it was hard to mess up this shot. 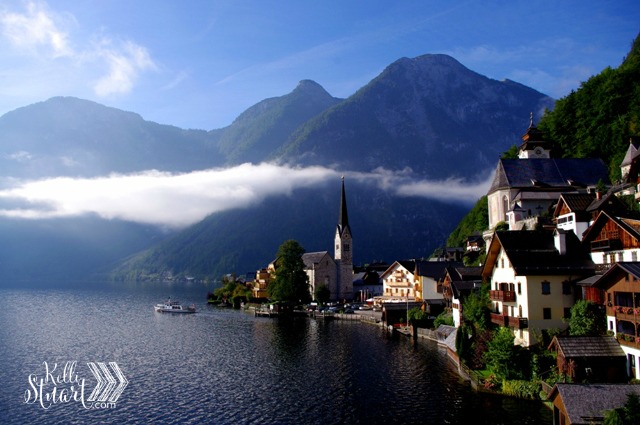 It was September, 2010, and Lee and I were in Hallstatt, Austria celebrating our ten year anniversary. Hallstatt may well be the most beautiful place on earth, and because the landscape possessed such serene perfection it was difficult to take a bad picture there. I stepped back and inhaled deeply, the crisp September morning begging to be taken in fully and completely.

After a few minutes of simply standing and letting the moment fill us, Lee and I turned to walk back to the center of town, and as we did so we passed a man and his wife sitting on a bench just a few feet from where I’d taken my photo. The man held in his hands a sketch book and a pencil, and I stopped and looked over his shoulder. Lee and I both drew in a deep breath when we saw what he’d drawn.

It was the scene before us, the very same scene I had captured with my camera. This man, however, had captured it with his pencil, and the result of his drawing was magical. The sketch seemed almost alive. Though devoid of the color that made up the morning, the details were so intricate, so deftly drawn by an artist’s hand, that it seemed as though the ripples in the water moved on the page.

I ended my last post on this topic with this question, and so here is where I will pick it up:

If all of creation reveals the Creator, then creativity (as defined by the act of creating) will always begin with the potential to honor God. 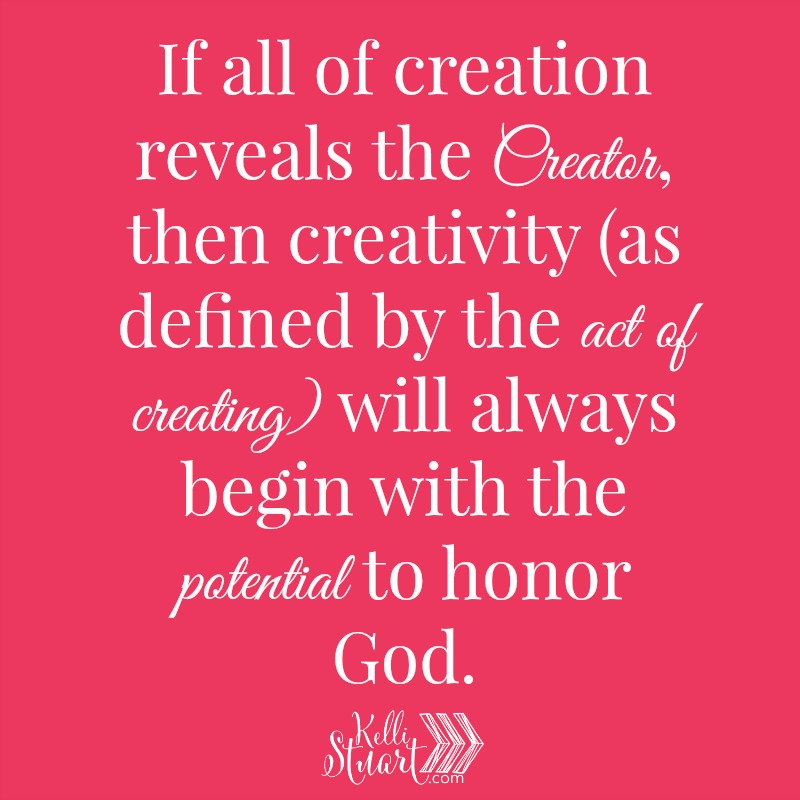 Do you believe this? Do you see the both the potential for freedom, and the danger, in such a statement?

As sinful man, our first and natural instinct is always to glorify and exalt ourselves. It began all the way back in the Garden of Eden when Eve was so easily convinced that she could become as God if only she’d eat the fruit. The temptation to be as God is impossible for man to ignore. It is ingrained into our very being.

We see this in so many different ways. From books to movies, music to dance. From photography to graphic design, and painting to home decorating. Every one of these gifts can point people toward God, or away from Him.

It’s up to us to embrace our art as a gift, and to use it not to our own glory. If we are creating, and our creative gifts do not go against God, then our art is a visual representation of Him.

This means, however, that there is a line that can be crossed when art no longer reveals the Creator, but rather taints His creation. Pornography, exotic dancing, songs and books and paintings that glorify the darkness of this world, all of these are ways that we, the created, have distorted the beauty of God and all His created things.

We are all prone to wander.

Like the man with the sketch book, though, we also all have the ability to see and understand when something created has revealed a picture of the Creator. The difference between art that blatantly captures God, and that which more subtly reveals Him is like the difference between my simple photograph and that man’s stunning sketch. One captured the color, the other captured the nuances.

Dear creative friends, everything you create begins with the potential to honor God. Embrace that freedom. Accept it as a gift, and use your art to paint a picture of the Creator and of all His created things. Do not devalue the power of your creative art. What you do matters, and it has the potential to have gospel impact.

This is your grand privilege as a creative.