Ten hours and fifteen minutes after taking off from Munich, the plane finally began it’s approach into the Atlanta airport. I couldn’t even really feel excited over the sheer exhaustion of it all.

Ten hours is a long time.

I’d finished writing a chapter in my book, written the beginnings of a short story, read for quite a bit, and watched three movies, because somehow zoning out to the tiny television screen felt the least like trying to slog through quick sand.

Sandwiched between my husband and a very kind young German man, I’d shifted and squirmed through most of the flight, because I can find neither comfort nor sleep on an airplane. It’s a terrible curse to not be able to drift to sleep in any position but fully prone.

One of the movies I watched had a bit of suspense to it, and at one point, when a shark leapt out of the water and almost bit the main character’s head off, I yelped and accidentally grabbed the arm of the kind, young German man. Lee fell over into the aisle laughing while this poor fellow confirmed his suspicions that I was a crazy American. I tried apologizing, and he smiled politely, then shifted as far away from me as he possibly could.

As we made our way down, the runway in our sights, I offered Lee a small smile. “Almost there,” I said, and he nodded in return, equally numb.

We raced toward the ground, waiting for the wheels to touch down on American soil, and then WHAMO!

It was one of the roughest landings I’ve ever experienced in an airplane. I suspect the pilot had his own feelings of numbness to contend with, and perhaps he got tired of the slow descent and decided to just throw that sucker down and be done with it.

As the plane shuddered and bounced under the weight of a quick landing, I gripped the armrest. I almost grabbed my new German friend’s hand, but I noticed he had tucked his hands under his legs in self defense. Poor fellow.

A few minutes later, the plane rolled to a stop, and my grip loosened as I realized we’d made it safe and sound. The plane didn’t barrel roll into the gate like it seemed it would in those first few moments after slamming to the ground. We had arrived. We were home.

I didn’t realize our landing would be a metaphor for reentry into every day life.

It’s amazing how a getaway can revive a person. Last week away was fabulous from start to finish. I loved every minute of it, and if I’m going to be completely honest, I didn’t really miss the kids until the day it was time to go home. I simply relished in the freedom of kidless-ness. There were many moments when I wished that the kids were with me. Each time I explored a castle, I wished I could share the experience with them, because I knew they’d love it.

But I never once wished I was back home.

When we finally landed in Tampa, though, Lee and I were beyond ready to get home and see the children. This was our slow descent. It felt like it took forever for our wheels to hit the ground, but finally we were there, and the return hugs and snuggles we got were worth every minute away.

The first night was sweet and fun as we shared our trip with them, and they shared their week with us. My mom not only survived, but she did a slam bang job of holding the house together in the process. She deserves a few extra jewels in her heavenly crown for last week, for sure. 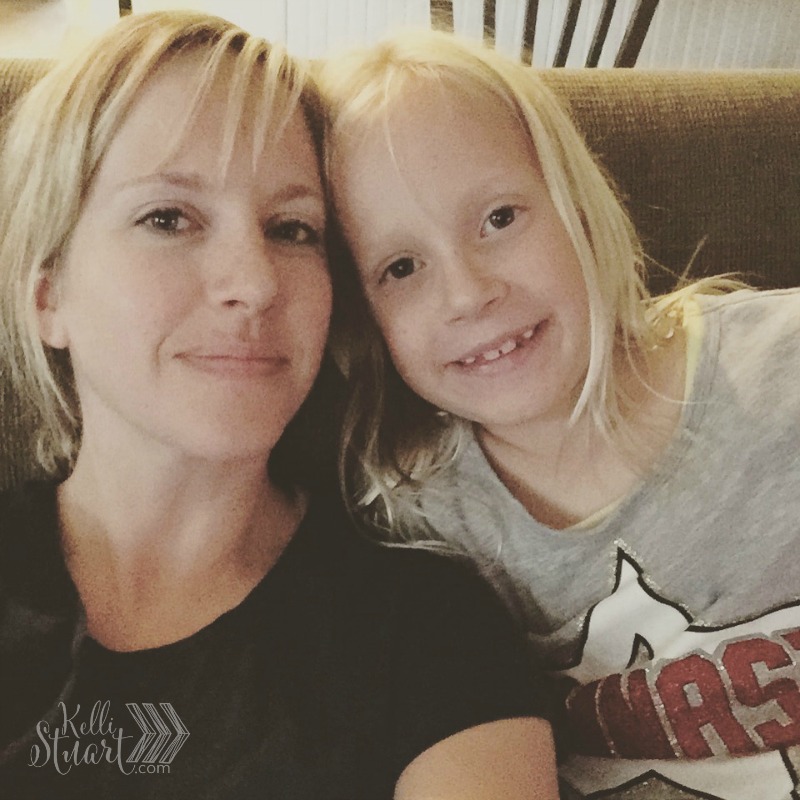 We went to bed that first night, and slept soundly, then woke up and WHAMO! No more slow descent. Arguments, homework, notes from teachers and homeroom moms listing out 8,462 things that needed to be done before the last day of school, soccer try outs, practices, and incidents that occurred while we were gone that needed to be addressed.

It’s like we fell out of the sky and slammed back into real life, and last night Lee caught my eye after we finally managed to get them all in bed. His wide eyes matched mine, and we sort of just stared at one another for a long minute before starting to laugh.

“I guess there’s no easing back into this, right?” I asked. Lee shook his head and raised his glass to me.

To Germany, indeed. I write this now after a restless night with a kid who had nightmares and ended up in our bed…on top of me for the the most part. The same kid woke up with a gushing bloody nose that I got to deal with before a sip of coffee crossed my lips.

Welcome home, and thanks for dropping in, I thought to myself when I got them all on the bus, but there’s a grin behind the thought, because I wouldn’t orchestrate life any other way than this – crazy, and busy, and brimming with love.

I could do without the bloody noses, though…