Yesterday I tripped on an exersaucer. It was easy enough to do since my house is now, once again, overrun by baby gear. I completely forgot how much stuff a fourteen pound baby accrues. Annika’s gadgets now have the run of the joint, and I shake my head in wonder multiple times a day that we are back in this place.

We have a baby!

Having hit the four moth milestone, our Pediatrician told us last month that it was time to introduce solids. And this meant it was time to get a high chair. Thankfully, GRACO stepped in to help. 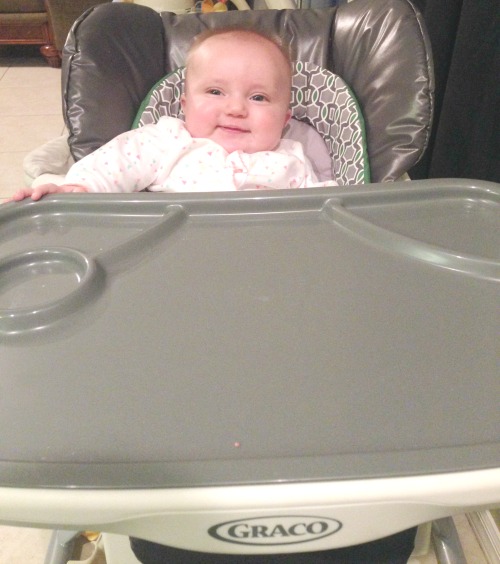 We were sent the GRACO Swivi Seat high chair to review, and the box arrived at just the right time. The high chair is a perfect and necessary addition to our growing stash of baby gear. With a multi-position seat, I’m able to recline Annika to just the right level to support her still developing neck, while also allowing me to gently feed her.

My favorite feature of the GRACO Swivi Seat is the swivel function. With a 360 degree swivel, Annika can face any direction, which is more helpful than you might think. Rather than having to lift and turn the entire seat to face me at the table, I can simply turn the chair toward me. And with a 5 point harness, I’m confident that she is secure leaving me free to feed her quickly and easily.

As easily as you can feed a four-month-old who doesn’t know how to swallow solids.

Truthfully, the high chair was one of the items I was looking forward to the least. I find them to be bulky, cumbersome, and an overall pain to have in the kitchen. But I am more than impressed with the GRACO Swivi Seat. It is sleek, stylish, functional, and not nearly as bulky as I feared it would be. It also helps that the top tray is removable and dishwasher safe, and the wipeable seating pad is machine washable, which will help in the months to come as she moves to more solid foods.

Over all, I would highly recommend the GRACE Swivi Seat for it’s functionality and it’s sleek style. The only thing I’ve found that this high chair canNOT do is make a baby like bananas. 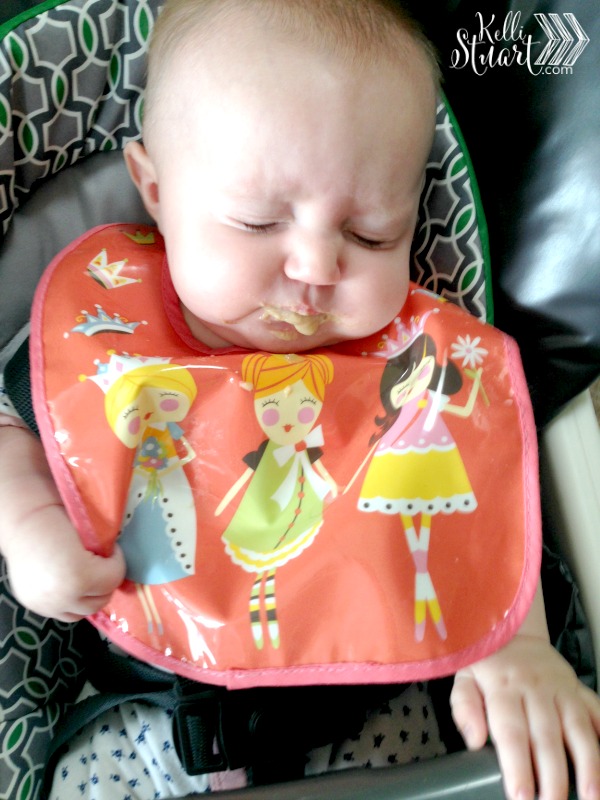 So if you guys could figure out how to solve that problem over at GRACO, moms everywhere would be most appreciative.

Disclaimer: I was sent the GRACO Swivi-Seat High Chair to review. I was not compensated for this post. All opinions expressed are my own.